THE COMMISSIONER: Happy Friday, everyone. It’s that time again.

MIKE: Let’s do this.

Russ is at it again with sassy interviews, and this week’s was perhaps even chodier than the last. A reporter asked our favorite Ninja Turtle multiple questions about his performance and he gave the same answer for every single one:

“We had good execution.”

The reporter was fed up with Russ’ answers, so he asked Russell what was wrong. Brody told the reporter straight to his face: 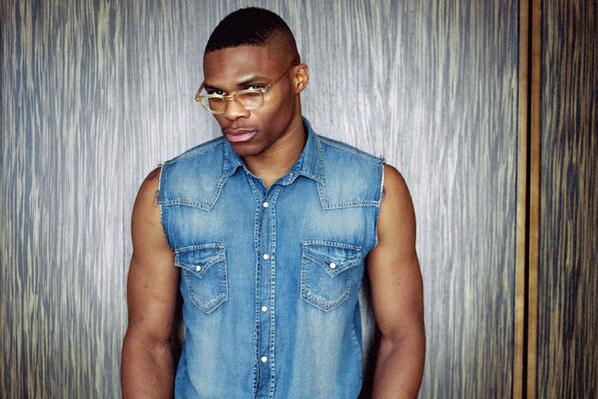 Bestbrook has good reason not to like the reporter, as he is a writer for The Oklahoman that has repeatedly written negative articles about both him and KD. This reporter (who doesn’t deserve to be named) even went on to a follow-up piece to this interview claiming, “When Russell Westbrook says ‘good execution’ to every question, what he’s really saying to the fans is, ‘I don’t like you.'” (That is, until it was edited out of his article)

So good for you, Russ. This reporter doesn’t deserve to be given the time of day.

2. Paul “Not The False” Pierce

“You can’t handle The Truth.”

Paul Pierce has been turning back the clock in Washington this season. The roster is an ideal fit for him, he’s been shooting well, and everyone is happy. Well, everyone except for the other 29 teams in the NBA, apparently.  The media has been throwing around the phrases “I bet Brooklyn misses Pierce this season,” and “Boston would love to have Pierce this season,” Quite often. The Truth took notice, and stated the following this week:

“Any Team without Paul Pierce misses him.” –Paul Pierce

Paul Pierce has played for three teams in the entirety of his career. Despite this fact, 27 other teams miss him as well, though they have never even had him. That’s impressive.

“Ahaha, yes Mr. President we ARE an old team.”

Barry has proven time and time again that he is a hip and funny president. He cracks jokes, pays attention to modern trends, and generally seems like a cool guy to hang out with. He cemented his place as most fun president of all time by insulting the San Antonio Spurs last week:

“If you guys need any tips on winning back to back, you know where to find me.”

No. NO. NOOOOOO. This is perfect. Pop cannot come back with a sassy response BECAUSE BARACK OBAMA HAPPENS TO BE THE PRESIDENT OF THE UNITED STATES. Spurs, might I suggest http://en.wikipedia.org/wiki/List_of_burn_centers_in_the_United_States?

THE COMMISSIONER: Thanks, Mike. You know what quote makes ME excited right now?

In my favorite non-hustle play of the year, Meyers Leonard shows he’s too slow to catch a pass one foot away, then COMPLETELY forgets that there is an opposing team on the basketball floor with him. By the time he remembers, Devyn Marble (!!) of the Orlando Magic has already dunked the ball, and close-ups of Meyers and Coach Terry Stotts show that they are equally confused that Devyn Marble is in an NBA game. Who is he, and how did he walk into Blazers practice unnoticed? This is unbelievable.

Terrific pass right here. The non-chalance of a look-away 20-foot bounce pass for a transition three is terrific, but throwing it at 5 mph directly to Dante Cunningham is priceless. The best part is noticing intended recipient Brandon Jennings stop running the moment Kyle throws this pass, even before Dante catches it. In other news, Dante Cunningham is still in the Association. Some joke about Dante’s infernal career. Let’s keep going.

Can we talk about how Shaqtin’ a Fool is doing more to shame floppers than Commissioner Adam Silver? A warning here, a token $5,000 fine there, and really this sort of weak enforcement actually legitimizes and recognizes flopping even more than ignoring it used to. In the other corner, vigilante hero Shaq-man spends his nights stringing up these petty crooks for public ridicule, and making the league safe for contact, one criminal at a time. By the way, did you know Shaq did a movie as STEEL?

Anyway, even with Hairston crashing into the deck at his feet, Popovich is absolutely unsurprised, even calmly helping him up; no, it’s Coach Steve Clifford who looks stunned by this sequence of events. I wonder how stunned he would be by this movie. Maybe we should have a Chode League watch party sometime? Next clip.

Oh, Christ. We all know Nick Young is a great scorer, but watching him even for a little bit you start to realize that he’s increasingly effective from further away. Three? Pretty good. Midrange pullup? Not bad. Driving? Meh. This dunk slips and turns into a crazy power-layup that looks like it might go, then dinks out to the right, turning into a totally botched one-on-basically-none fast break. And the entire TNT crew is stunned into silence. Great play. If anyone can figure out what Kenny Smith’s comment “Ain’t no Swaggy in that P” actually means, please send me an email at chodeleague@gmail.com.

An astrophysicist at heart, Dr. Shaquille O’Neal investigates the motions of twin planetary bodies Steve Ballmer and Charles Barkley. While Planet Ballmer is most notable for predictably-recurrent surface flares in the northern hemisphere, Planet Barkley experiences powerful tidal pull and seismic activity relatively confined to the lower half. The next episode of NOVA airs Wednesday at 9 p.m. on PBS, starring the entire TNT crew being confused by such cosmic phenomena as “the one-legged stomp” and “doing your thing.”

“This episode is sponsored by STEEL and by viewers like you. Thank you.”

Jesus, let’s wrap this up.

Looks like it’s time to curse a new franchise. We’re on it.